It's funny how issues come up in bunches, and then they disappear for a long time.  Recently, I've had three or four manuscripts with the same issue, one I haven't had for a few years.  So let's talk about Calvary vs. cavalry. They are spelled differently and one (Calvary) tends to be capitalized in most instances. But they continue to be confused.

Calvary:
There's the (mostly) religious definition:
as a place: place outside ancient Jerusalem where Jesus was crucified (or in Hebrew, Golgotha) 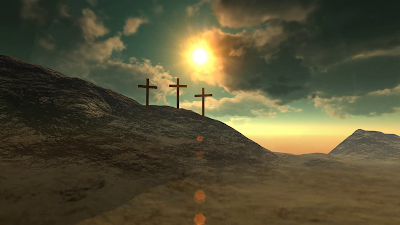 It is also an experience of intense suffering; a trial or ordeal (which doesn't have to have the religious undertones).

Then there's cavalry. And when you're talking about getting help, or support, or reinforcements, this is what you are looking for.

This noun has several meanings:

1 a obsolete :  horsemanship <the art of cavalry>
b obsolete :  knighthood <the cavalry of the court>
c :  horsemen <a thousand cavalry in flight>

And frankly, those two are the most familiar to me (and probably you, too).  But there's a third meaning, which I had never seen in use:
3:  deep chrome yellow. This is a moderate orange yellow that is redder and lighter than yellow ocher — called also cavalry, chrome yellow orange, medium chrome yellow, middle chrome yellow. And try as I might, I can't find a swatch online that identifies as cavalry.

Have any of you used cavalry as a color? Inquiring minds want to know!