A Love Letter to Creative People

Just to give credit where credit is due, I am totally stealing this from my husband's Facebook post.

Here's a little love letter of encouragement to you creative types.  Even if it's geared towards painters, I put you authors in here as well.  Enjoy!


(If for some reason the video doesn't post, you can find it here) 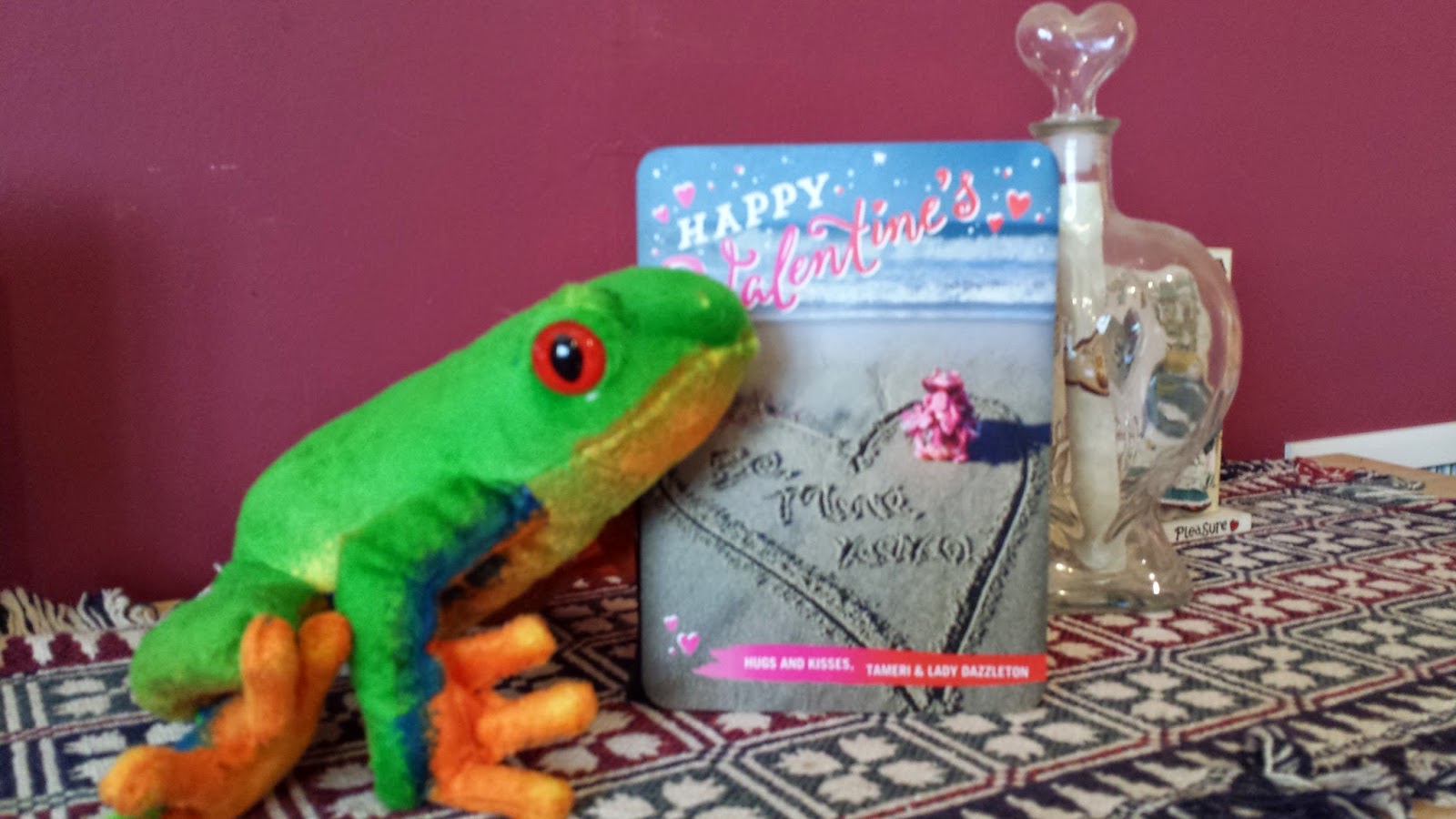 Dear Lady Dazzleton,
I am in receipt of your Valentine missive.  It would truly be an honor to be yours, but alas, I am afraid it would be a long-distance affair…I mean, a long-distance relationship (I would not presume to assume any scandalous ideas, after all).  If you are willing to overlook the tiny detail of the thousands of miles between us, I wholeheartedly bestow upon you my fondest thoughts and wish you to be mine as well.

Sincerely and with admiration from afar,
Yours Truly,
A.T.
Mr. A.T.Water, Esquire
Posted by Faith at 8:00 AM No comments:

That blog title has been rattling around in my brain for about a week now, and I still think of this every time:

But that's besides the point.  So, scooch closer, children, while I regale you with my snow adventure.

The hubby's schedule in January and February is pretty much non-stop travel (as opposed to his regular schedule of travel just about every week) and this year was no different.  He had a trip to Las Vegas from Jan. 19 through 23 (that's a Monday through Friday) and a presentation to a new customer in Portland OR on Sunday Jan. 25.  Being the smart man he is, he stayed on the West Coast side of things and flew from Las Vegas to Portland (after all, what sense did it make to fly across the country just to get up the next day and fly back?).

Some of you may recall (faintly, I'm sure) about the national news coverage about the impeding blizzard of "historical" proportions...that was due on Monday, Jan. 26.  Well, amazingly enough, the weather wizards had the snow thing right and his flight was cancelled.  He managed to get another flight from Portland to Dallas and then Dallas back to Hartford, but as he was in the air to Dallas, he was notified the Dallas-Hartford flight was cancelled.

So once again I was left alone to face Mother Nature.  Well, Dudley and Taz were with me, but you get the point.

The hubby stayed in Dallas for a few days and then picked right back up with his previously scheduled trips to Florida for a few days, a weekend pit stop in Denver over the weekend, and then back to Las Vegas for a Super Bowl party his company was sponsoring for a customer.   When he was in Florida, he dropped a hint or two that I should come out to Denver and spend the weekend with him.  (And by dropped a hint, I mean he asked me twice, point-blank).  I wasn't really looking to fly to Denver but after thinking about it for a bit, I was like: hey, I don't have a kid at home to worry about; the dog can go to the boarding place; the cat can either go to my parents or just be checked over the three days I'd be gone - and best of all, I didn't have any pressing work deadlines.

So, on Thursday, we picked some flights and arranged for pet care and car parking.  I packed for my three-day trip (fly on Friday, Denver on Saturday, fly on Sunday) and I was ready to go!

I met up with the hubby Friday night at the Denver airport - and it was like a scene from a romance novel or a chick flick.  I called him when I landed; I asked where he was - whether he'd meet me in baggage claim or whether I should find him in the parking lot.  He gave me a vague, "I'm close by" answer.  As I got off the plane and made my way toward baggage claim, there he was - waiting with all the other families.  At this point, we hadn't seen each other in 14 days (not counting Skype calls - and those don't count!) and there was some smooching and possibly some crying (okay, okay - there was definitely crying - I am so sappy when I'm happy!).

So we got my bags and headed out to our hotel for the night.  {Details censored - Move along!}

We spend Saturday with his mom and his sister.  We'd seen them at Thanksgiving, so a one-day visit was nice and just like we lived nearby and dropped in to say hi.  We didn't do much - just hung out together and ran some errands.

So Sunday morning, the hubby gets on his plane to Vegas and I go to my gate to go home (Denver to Philly; Philly to Hartford).  There's a plane at the gate, but it's not my plane...it's a plane bound for Arizona.  It stays there about an hour past my boarding time.  I'm getting nervous because I only had about 50 minutes between flights and I already know I have to get from one terminal to another and they are not right next to each other.  I'm pretty sure they can make up some time in the air, so I'm nervous but hopeful things will work out.

We finally board after the AZ plane leaves our gate.  I've got a nice comfy first-class seat, compliments of the hubby's frequent flier miles, for this longish flight back to the East Coast.  The door closes and I'm hoping and hoping everything works out.

There was a problem with the ignition on our plane.  We sit for about another hour and a half while it gets repaired.  The hubby is in Vegas at this point and sends me a Skype message, which I answer on my phone because, hey, I'm still on the ground and I can do that.  After we do get up in the air, I'm able to connect to the internet using the GoGo Inflight service (which is pretty cool that you can do that), so I'm Skyping with the hubby about the situation.

He's supposed to be working at this Super Bowl party and he's off in some corner, trying to figure out what is going on and whether I'll make my connection or need another flight.

It was not to be.  I had definitely missed my scheduled connection and the next (and last) flight from Philly to Hartford on Sunday was cancelled.

Super Hubby went into action.  By the time I got off my plane in Philly, I had a booked hotel room at the Marriott (conveniently located at the airport) for three nights and a confirmed airline ticket for Wednesday morning (the earliest he could get).

Now, to get all three nights at the Marriott, he had some issues.  At first they could only give him two nights, so he had to call his Rewards call center to get that straightened out. I mean, when I gave the desk clerk my ID and name, she was like, "Oh, YOU'RE Faith Williams.  Your husband called and you are all set."  Now, when the clerk remembers your name several hours after a phone call, you know an impression has been made!

So even though I had a place to stay, I had no luggage to stay with.  The first night was no big deal, but the next day I wandered the airport for some help.  I checked with the ticket agent on the next available flight and, as expected, Wednesday was a good deal.  With all the Monday flights cancelled, and probably some of the Tuesday morning ones as well, there'd be lots of people trying to get standby or on the Tuesday night/Wednesday flights.  I asked about getting my luggage and she had me go down to Baggage Claim.  They were friendly enough down there, but I was basically told there was no way I was getting my luggage and that it would be on its way to Hartford on the first available flight, whether or not I was on that flight.

So I was stuck in Philly for three days with no clean clothes (or even other dirty ones to change into).  I was able to work, but I had to rearrange all my pet care and let the chairman of a committee that I clerk for know I'd be unable to make the Tuesday meeting.  I was pretty happy my parents had decided to take Taz to their house - at least he'd be with people.  And I knew Dudley would be happy and fine down at his daycare place.

Wednesday morning finally came and my flight went off without a hitch.  I landed in Hartford around 11; got my luggage and my car; and was on my way home!  I made a quick stop at my parents' house to pick up Taz and say hi.  He practically jumped into my arms; it was so funny!  He didn't even put up much of a fuss when it was time to get into his crate.

Over a foot of snow had fallen at my house, so even though my driveway was plowed, I still had to clear off the walkways and make a path for Dudley.  So I trudged through the snow with the carrier, got Taz in the house and out of the crate, and suited up for snowblowing.  After about an hour or so, things looked pretty good and I was ready to get Dudley.  And boy was he happy to see me!

So, my quick, spur of the moment, three-day trip turned into a six-day snow adventure.  And the snow hasn't stopped there!  We had snow for the third Monday in a row this week - and no surprise, the hubby was supposed to travel on Monday.  He did manage to get to his destination without any trouble - mostly because he flew out of NY instead of Hartford this time, and he left Sunday night before any nasty stuff hit us in CT.  And it's supposed to snow again Thursday, and again Saturday night/Sunday, and maybe again later next week.

I am so ready for spring!