So the good news: I have finally completed the facelift to my website (www.theatwatergroup.com).  The bad news: It took so long, I need to update it already!

But seriously, you guys have been sending me such great manuscripts that I've been keeping very busy with you know, actual work instead of spending time on the website.  (Which I am totally okay with, by the way.)  I have been keeping up with updating my Facebook page with those new releases - keep them coming!

More good news (for me, at least): I managed to take a real vacation!  Yup, the hubby and I went to Denver to see our son, my mother-in-law, and my sisters-in-law.  We spent the first few days by ourselves, though, at the Springs Resort in Pagosa.  It was so wonderful.  I'd never been to a hot springs before, and it was a great experience.  We picked "the Romance Package," which included a couples' massage.  The resort has about 25 different pools, each at different temperatures so there is a variety to choose from - including an over 18 section to cut down on kids running around. 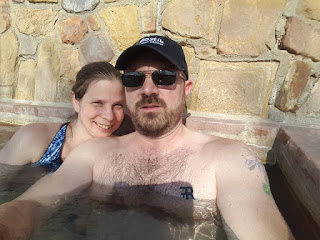 Then, it was back to Denver to visit with family.  We had a great time with my mother-in-law and sisters-in-law, but it was especially wonderful to spend time with our son and meet his girlfriend.  We got to see his office (okay, it's a room in a building downtown) and see some of the volunteer work he does.  He took us on a walk downtown through Poets' Row, a group of apartments named (surprise!) after poets and writers: 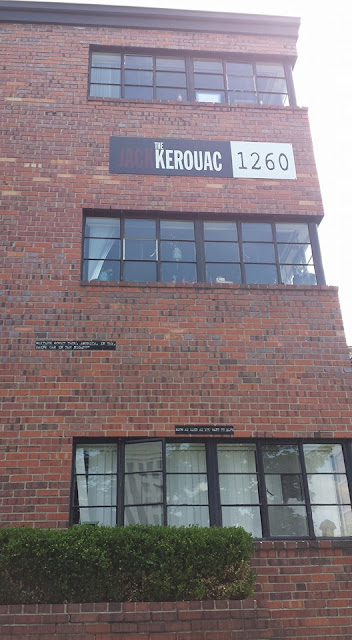 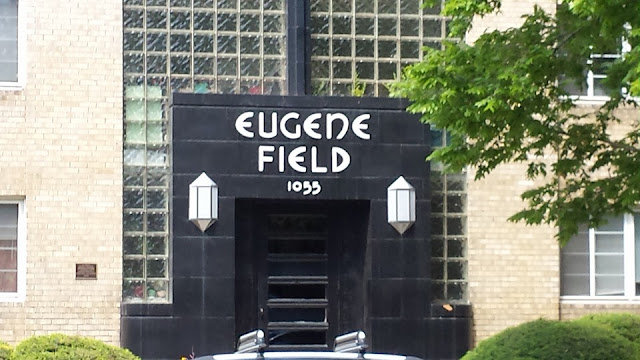 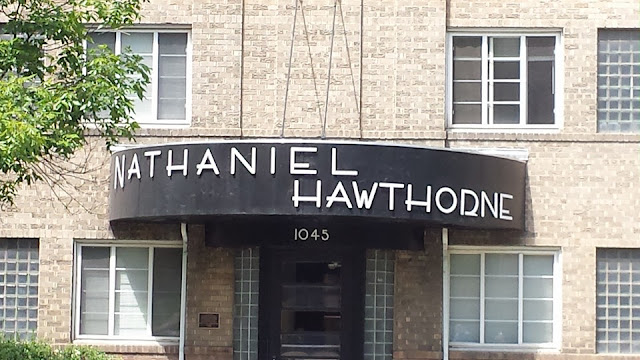 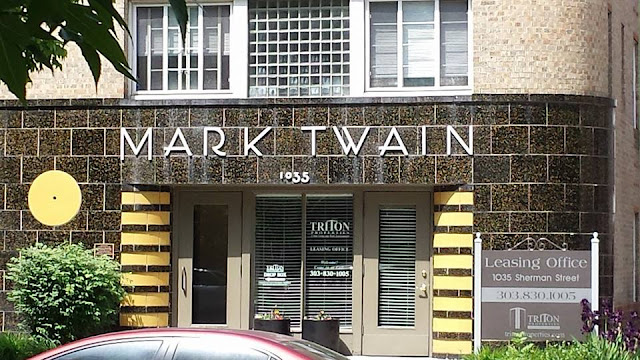 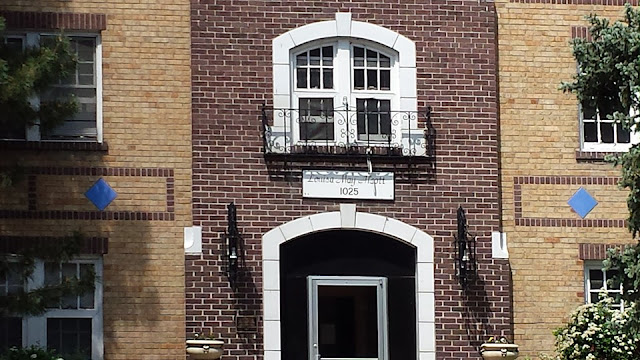 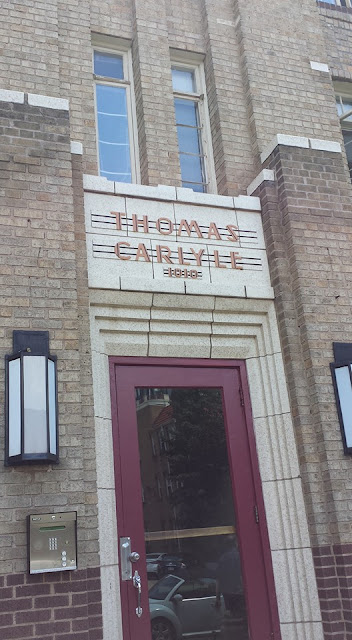 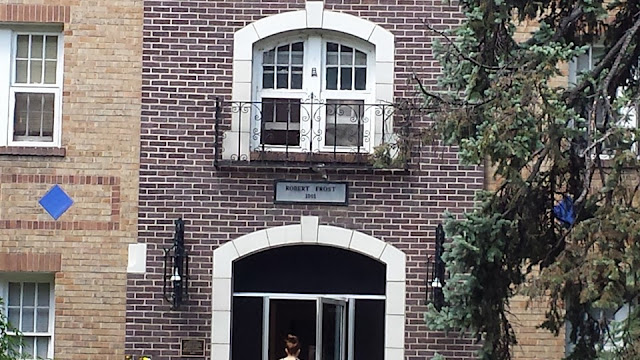 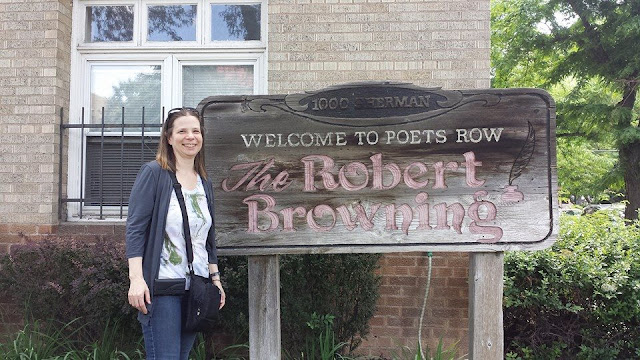 But now we are back home, getting into the swing of things.  It was nice to get away (and to take a real break from working) but I am happy to be going through those wonderful manuscripts you send my way.

And maybe I'll try to update that website in my spare time!

I've always been fascinated with obituaries. Even as a young girl, I'd read the obits in the paper.  Sometimes it seemed so sad when I read about someone who died young - you know, age 40 (yikes!).  It was amazing to me that some people could live to 80 or 90!

It was kind of cool to read about their families, who was left behind, and the things they did during their lifetime. A bit of inspiration, I guess, that families matter, the little things we do add up to big things, and what kind of an impact a person could make on the small circle of family and friends, and maybe even the larger circle of the community.

But I was always puzzled why they never really said how they died.  (Hey - I was young and wanted answers to all my questions - which, I suppose, hasn't changed much!) It was "suddenly passed away" or "passed away unexpectedly" or "at the end of a long illness."  At least with that last one, you could get some sense of what happened.

I thought that for history's sake, an honest obituary would be a historian or anthropologist's dream.  How many people died in the 1860s from war-related issues vs. farming accidents, for example? Or how many people died from suicides in the 1920s?

But lately, there's been more of a trend to include the story behind the death, notably with drug overdoses.  Those rare pieces give the reader a peek into the life of someone caught up in a situation they couldn't overcome, to act (sometimes) as a warning to some or as a balm to others that they are not alone in their struggle to deal with a loved one's unsuccessful fight with their demons.  See the articles on Addiction, Suicide and Obituaries and Huff Post, for example.

This rarity, unfortunately, does not seem to include celebrities: anytime someone halfway famous dies, you can bet you'll hear the truth behind it: Robin Williams: first we hear it was depression, but then his widow tells us he suffered from Lewy body dementia. Joan Rivers: complications from surgery.  Jim Henson: pneumonia.

Now it seems there's a new idea in town: the mean obituary.  I was reading this piece on CNN (When vengeful obits go viral, who's to blame? ) and read some of the words written about 94-year-old Wilma Black, who died December 22 in North Carolina.It was a paid death notice, written and placed by a family member in the Raleigh News & Observer's advertising section. Wow.

But I think the most compelling reason I like to read the obits is to hear about people: people like me, people not like me; people who made a wide impact on the community, people who lead a quiet life.  I want to hear about their stories.

And story is what draws me into a book: a way to exist in these characters' world, whether it's a sci-fi/fantasy location or a person struggling with life and love. So, authors, pay attention to your characters and make your readers care about them too! 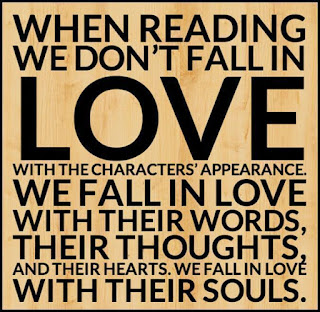