Mondays Always Get My Goat, Or How Dudley Got His Own Goat

It's been a crazy few weeks here. And not just regular work crazy, but life and animal crazy.

There was a car incident - a major breakdown as my son started a road trip from CT to PA. It was a bit stressful while he figured out how to get everyone to where they needed to be and working out what to do with the car. He did get it all worked out (thank goodness!) but it turned out the head gasket needed to be replaced. So that had me a bit out of sorts.

But then the fun really started. 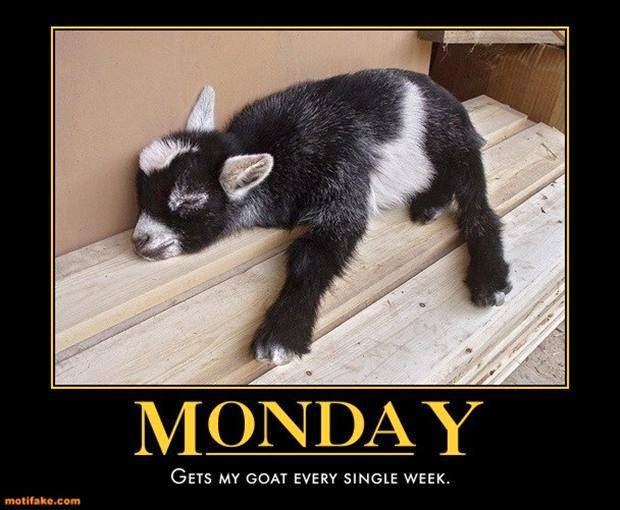 So, on Monday, I took my dad to pick up his rental car.  My parents were leaving the next day to travel to Nashville for the Women's College basketball Final Four (Go Huskies!).  He'd had a busy day, including the birth of the baby goats they'd been expecting.  Apparently it had been a bit of trouble and they had to call the vet to assist with the birthing.  But they eventually got everything to work out and had new baby goats: Esau (a boy) and Jackie (a girl).  Jackie was doing really well, but Esau had been the one in trouble during the birth.

My mom told me to keep an eye on him as she hadn't seen him nurse much.  I checked on him in the afternoon; he seemed okay and responded to my voice.  He'd walked around; I tried to get him to get under his momma (Georgie) to nurse, but he didn't seem to get it to work.  I checked a few hours later.  But this time, he wasn't so responsive.  I made a quick call to my mom; she told me to call the vet and see what they wanted to do.  I made the call and then I had to rush him up there.

They took a look at him and got right to work: Warmed him up with blankets and heated water bags.  Checked his suckling reflex.  Determined his weight and prepared some glucose shots.  At that point, he wasn't doing very well.  The vet said she'd tube feed him and see how he responded.  After a quick discussion, I left Esau in their care for the night, unsure what the outcome would be.

I got a call in the morning.  Esau made it through the night and was doing well.  He needed more of momma's milk, so I went to get him and see if he'd nurse.  If he wouldn't, then I'd have to bottle feed him.

Yeah, well that nursing thing didn't work out so well.  So, my life was now going to be bottle feeding a baby goat...every three to four hours.  Now, I haven't done that type of thing in more than twenty years, so I'm a bit out of practice! Plus, to keep an eye on him, I needed to check his temperature.  (And yes, that is as fun as it sounds.)

Now, I live behind my parents so it's not far.  But I wasn't too excited about visiting a barn every three or four hours, especially in the middle of the night.  So after consulting with my mom, I set up the dog crate (so graciously donated by Dudley) for Esau at nighttime.

Dudley has always been pretty fond of my parents' goats, and Esau was no exception. 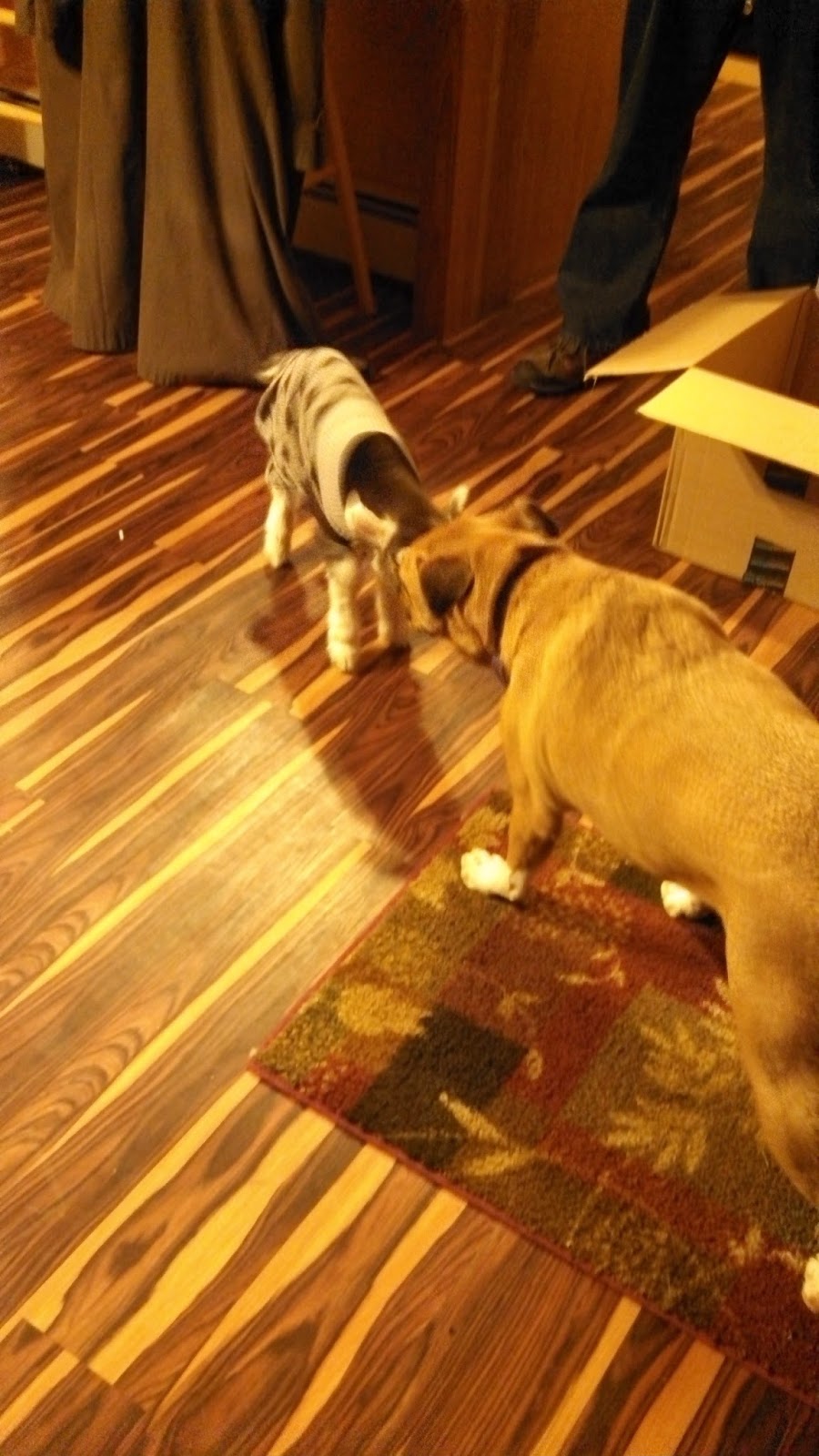 So, every day I've been making goat formula, bottle feeding every three to four hours (although I did get to stop the temperature after it became clear he was making a full recovery), and juggling work in between other goat duties.  All while dealing with mommy brain from lack of sleep.

Esau is pretty cute and fun to watch.

But I'm still looking forward to when my parents get back, though.

Dudley, on the other hand, might miss his own personal goat-friend.