Your Editor is an Idiot 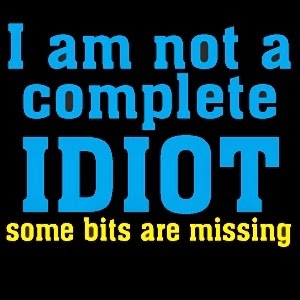 Okay, maybe your editor isn't an idiot, but I wouldn't be surprised if someone...occasionally...might think so.

I belong to the EFA (that's the Editorial Freelancers Association to you - not to be confused with Essential Fatty Acid or Egyptian Football Association or European Film Academy). A benefit of joining this association is the online discussion list, where editors go to ask questions of one another and once in a while, share funny stories or general chit-chat.

Just to give you an idea about what we talk about, in the past two days, there have been 19 emails (and counting) debating whether half-eaten (with the hyphen) or half eaten (without the hyphen) is correct usage in a particular sentence.

These are my people, people.

So what does this have to do with your editor being an idiot?  Well, when editors (or me, at least) make suggested changes to a manuscript, we are doing it with a voice inside our head (and you writers thought you were the only ones with voices telling you what to do, huh?).  We I automatically know what something should be (capitalize the South when you are talking about the area of the country but keep it lowercase if you are going south on the highway) or what it possibly should be ( the author probably means to have the character exit the door, not excite it - because, really - yuck!).  But there are times when we I are just not sure, so we I ask: did you mean Where we going or Where are we going here?  In this instance, the dialogue could go either way; after all, sometimes people do just ask Where we going and not Where are we going - so is it a deliberate choice by the author or is it a missed word in the sentence?

And I suppose it is possible...just possible...that you think your editor is an idiot for even asking the question, because the answer is so obvious (well, to you, anyway).  But we are the ones who obsess over whether or not to hyphenate half eaten so you don't have to. 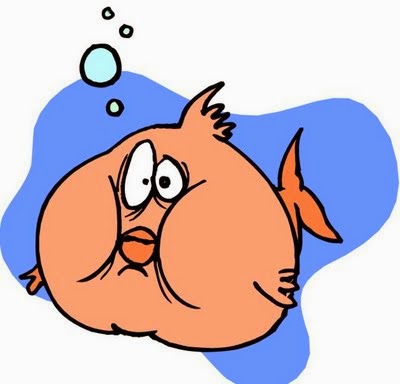 Okay, I'm not really green.  But I was trying to think of something to prove my point.  But before I get to my point, here's what led me to my point:

What really gets me is how the examples give absolutely NO help in reinforcing the meaning of the word.  It's like I tell you I'm so green without you having any idea what green is.

Unless, of course, you are this guy.  Then I totally know what you mean by green:

So, anyway, back to my point.  My point is nonplussed is one of those words that might be misused because there might not be good context for the reader (or the writer!) to know what is really meant.  I recently came across this exact scenario in a manuscript and I asked the author if nonplussed (at a loss as to what to say, think, or do) was really the word they meant to use because I could see the character reacting a different way.

I've had instances where an author used a word and I was sure the word shouldn't be used that way.  But when I looked it up, there it was: some fourth or fifth (or sixth or seventh) definition that allowed for that particular word to be used the way the author intended.  And I learned a new way to use an old word.

Guess those dictionaries (and those editors!) are handy, huh?