Let's chat with author Mallory Crowe, author of the Billionaire in the City series and the Cross Falls Saga.  Mallory, thanks for dropping by!  On to the questions:

What were your favorite books growing up? I’ve been addicted to romance since I learned that the genre wasn’t all wishy-washy heroines and bodice ripping (though a modest amount of bodice ripping is totally appreciated!).  In terms of literature, Pride and Prejudice is a longtime favorite. It’s the first book that taught me that humor and romance can be timeless. But in more current work, my favorite authors were Lisa Kleypas, Christine Feehan, and Jayne Ann Krentz. 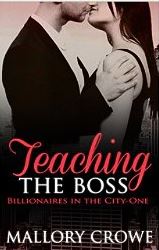 Now that you have, let’s say—some life experience, what would you tell your younger self? I’d tell her to stop planning her life out so much first of all. And then I’d let her know that even when things don’t go to plan (which still happens way more often than I’d like), they’ll still work out in the end.


Describe your typical day. Lol…I don’t have a typical day really.  I have an aggressive publishing schedule, so my days are dictated by what I have to get done, so I usually have a word goal I need to reach or a certain number of pages I want to edit. Once that’s done, I can check off various items on my to-do list, respond to email, and get lots of dog cuddles spread in between there.
Who is your favorite character in your books? That’s a super unfair question! I love all my characters so much. Usually whoever I’m writing about at the moment has my heart. I think Simon from TEASING THE BOSS might be the most fun to write. Who doesn’t love a cocky, smoking hot redhead? Jace from my upcoming release TRUSTING THE BOSS came from a military background and he has an edge I loved exploring.  Especially since he was paired with a sweet Southern girl who really had to work to figure out how to handle someone like him.
What do you do when writer’s block shows up, settles in, and makes itself comfortable? I really have no choice but to power through. There’s nothing worse than having the stress from life press down until all I want to do is watch puppy videos on YouTube for ten hours straight, but at some point, I need to face reality and be productive. Sure, whatever I write while trying to power through might suck, but luckily that’s what edits are for.
Do you find yourself pulling details from “real life” or does your imagination rule the roost? Real life hardly ever makes it into my books. The only thing that sneaks in there are the dogs.  I’m very involved in animal rescue, so lots of the dogs I write into the books are based off of dogs at the rescue.

What was the first manuscript you wrote (even if it never saw the light of day)? I’ve actually just spent a big chunk of time cleaning up the first book I ever wrote and I’m hoping to release it next year. It started off as a very self-indulgent story. I had no idea what I was doing but wanted to tell a basic paranormal romance where  a human woman falls in love with a sexy, dark, mysterious vampire. Using that cliché as the basis, I crafted an intricate plot that played into the next five books I wrote before discovering the joy of writing contemporary romance.  Even though I made mistake after mistake after while writing it, the story has always stayed with me and holds a special place in my heart. 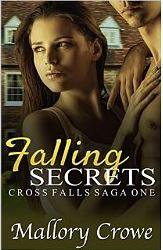 Have you ever pursued traditional publishing? Or did you go straight for indie publishing? I did pursue traditional publishing, but never for very long. Usually by the time I’d start earnestly searching for an agent, I’d be well underway writing the next book in the series. And once I was well into a book, I’d realize I liked my current project much better than the one I was sending out (because I was growing as a writer). So after a week or two of waiting to hear back, I’d put the brakes on sending out queries and focus on my works in process.
That all changed when I went to my first writing conference and fell in love with the idea of self-publishing. I had seven different requests from agents and editors I met there, but I never sent anything out because I was so sure that self-publishing would work for me.
What Works In Progress are brewing?  Any target dates for publication? I have lots of projects planned through the next year. The next book in the Billionaires in the City series, TRUSTING THE BOSS, is set to release on June 19th, 2015 and is kind of the start of a new chapter. The hero is a supporting character from Book 3 (Jace), but the heroine’s family (her and her three cousins) will be the focus of the next three books.  Book 5, TOUCHING THE BOSS, will be released in mid-September 2015.
How can fans reach you? My newsletter is by far the best way to keep updated. I will let you know about new releases and I do lots of giveaways! AND readers can get a free book when they sign up. Check it out at http://www.mallorycrowe.com/free.html
Website: mallorycrowe.com
Facebook: https://www.facebook.com/pages/Mallory-Crowe/951370521542490?fref=ts
Twitter: @croweinke. Email: mallorymcrowe@gmail.com