It feels like forever since my last post.  And, not counting this month's Author Interview (check it out here), it's been almost a month since my last post.   It's not just the blog that's suffered.  I haven't been posting much on Twitter (@FaithProofing, in case you aren't following me) or Facebook.

Where have I been, you may wonder (or maybe you didn't even notice).

I have been in Las Vegas for two weeks: 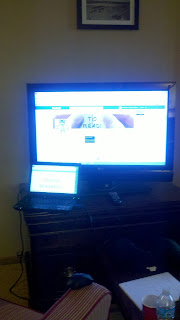 We drove from Las Vegas 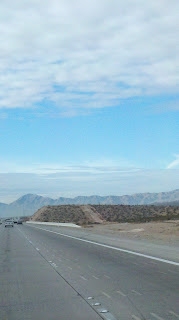 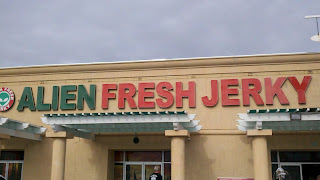 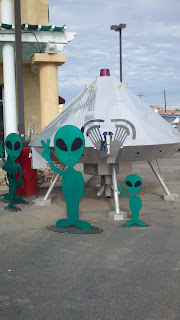 to sneak in a quick weekend in Laguna Beach: 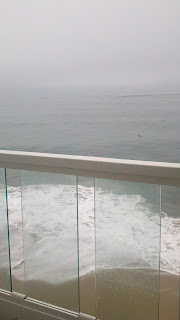 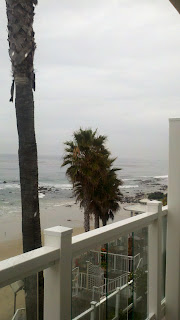 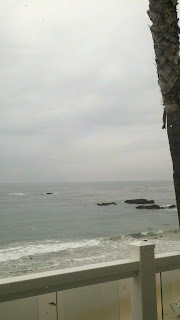 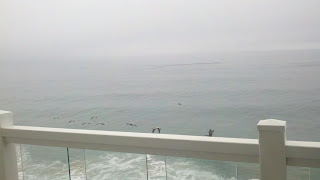 I came home to Connecticut and that's when the real trouble started.  I was a bit behind (living in a hotel for two weeks is NOT conducive to productivity; a hotel room for two weeks in Las Vegas is even worse!) but I had a handle on things.

Then I started hearing rumblings about some snow.  Then "some snow" turned into "a lot of snow."  Which turned into the "Blizzard of 2013."

Now, I live in an interior lot.  For those of you not familiar with the term, it means I have a LONG driveway and people live in front of me.  In my particular case, they live in the front and to the side of me, but I still have that long driveway. Which means that when thirty-six inches (that's three FEET of SNOW) falls OVERNIGHT, I have quite a bit of snow on my hands (as did everyone else in town - it's not like it just fell on my property!).

And of course, the Hubby was away.  Again.  (I'm not sure how it is that he plans to be away when natural disasters strike, but he's good at it!)

So, this is what I woke up to last Saturday. 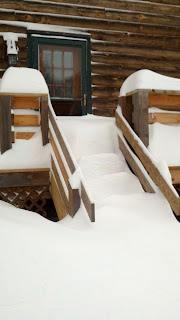 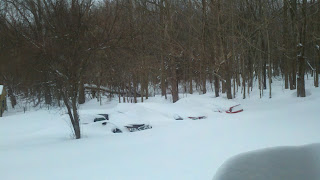 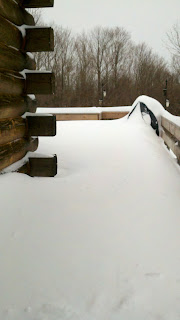 I've been spending my time removing that snow and then recovering from removing that snow.  The Hubby did get home on Sunday, so we've been working together on that little project.  And thank goodness for our plow guy.  We just found him this year and if we hadn't, we would have been in serious trouble!

But I'm just about recovered from the first few months of the year and will be getting back to posting (everywhere!) in the next week or so.  I apologize if you've missed me...but never fear: I'll be back! (Just as soon as this dang snow melts!)
Posted by Faith at 8:35 AM