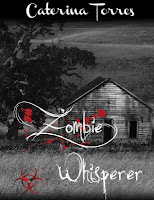 1)      What were your favorite books growing up? My favorite books growing up were the Harry Potter series, Kindred, and 1984. I loved Harry Potter because it was filled with good guys, bad guys, magic, and the pressures of growing up. I loved Kindred because it shows the differences between the prejudices of today and back then, and the writing style drew me in without problem. I love 1984 because it is such a great example of how society can be when the government has completely taken over, monopolizing the people’s thoughts and actions.
2)      Now that you have, let’s say—some life experience, what would you tell your younger self? I would tell my younger self to slow down. Patience is greatly needed to make it in this business. There might be deadlines down the road, but a lot of time is spent waiting – waiting for critique partners and beta readers to give their opinions; waiting for the editor to finish their part; waiting for agents to respond to emails; waiting for reviews to come in after the book is published. Patience is the key ingredient I wish I understood when I started writing.
3)      Describe your typical day. Get through an eight hour shift at work, come home and cook dinner, hop on the computer for a bit of downtime, and lastly, get lost in writing. I usually like to integrate some sort of chat amongst my friends as well.
4)      Who is your favorite character in your books? My favorite character is Cassidy Ryan, the main bad guy in Zombie Whisperer. Why, you might ask? I love (fictional) villains. It’s so easy for them – they have no rules, no morals, nothing that holds them back. They do what they want to do, when they want to do it. I love Jane Smith, the protagonist in Zombie Whisperer, but she has to comply with the needs of the many. She can’t be selfish because there is a greater cause than what she’s going through.
5)      What do you do when writer’s block shows up, settles in, and makes itself comfortable? I whine. No, I’m just kidding (only partly kidding). I usually try to figure out the cause to my writer’s block. Is it the story? Am I stressed out? Am I ignoring my character’s wishes (yes, they have a mind of their own)? Once I find the problem, I do my best to resolve it and move on with the story. One time, I stopped in the middle of a Work In Progress and wrote another book to get back in the groove.
6)      Do you find yourself pulling details from “real life” or does your imagination rule the roost? I try to keep my stories as close as I can to “real life.” Even if they include the undead, I write in things that make them seem more alive than dead. Were they scientifically created? What types of “real life” problems would occur during a zombie apocalypse? The few times when my imagination ruled the roost was when I stretched the truth.
7)      What was the first manuscript you wrote (even if it never saw the light of day)? I wrote my first manuscript when I was thirteen years old. It was called A Girl Named Tress and it was about this young girl with special powers. She was originally born on another planet, but because of an immediate threat, was shipped to Earth when she was just a baby. She was adopted into a normal family and didn’t know how special she was until puberty, when her powers blossomed. One of these days, I promise to revisit it and re-write it.
8)      Have you ever pursued traditional publishing? Or did you go straight for indie publishing? At first I pursued traditional publishing, but because of one reason or another, I abandoned that path and self-published. I do hope to do both paths one day, however, because I believe they each have their own positive traits I could benefit from.
9)      What Works In Progress are brewing?  Any target dates for publication? I have two WIP’s – one is book #2 of my Zombie Trilogy titled Biohazard Tattoo and the other is an Adult Paranormal titled Death’s List. Book #2 is only half finished, so there is no target date for publication yet. I’m hoping to query agents for Death’s List.
10)   How can fans reach you?Fan can reach me in many different ways:
There’s my website (which is also my blog) –  http://caterinatorres.com/
Facebook – http://www.facebook.com/pages/Caterina-Torres/340181086022992
Twitter – https://twitter.com/CaterinaTorres or @CaterinaTorres
Email – cat@caterinatorres.com
Posted by Faith at 7:40 PM