1)      What were your favorite books growing up? When I was in elementary school I devoured everything I could get my hands on. But my early favorites were The Babysitter Club series and then, Sweet Valley Twins, and Sweet Valley High.
2)      Now that you have, let’s say—some life experience, what would you tell your younger self? If I could have a conversation with my younger self, I would tell her that she’s beautiful and talented and strong, and that above all else she should never forget to believe in herself. Young girls don’t hear that enough.
3)      Describe your typical day. Like most moms, my days are a constant juggling act, trying to find the elusive balance between work/family/self. Wake up and get my kids moving for the day. Then I’ll hit the pool, go for a run, or do whatever else is on the training schedule. After lunch, I make a tea and close myself into my office to write. When I meet the daily word count, I’ll take care of some of the business and promotion side of things. By then the kids are usually crashing through the door, so I must don my super-mom cape and shuffle them between activities and help with homework and create some magical, healthy dinner. I’ll usually write some more in the evening before my hubby drags me away from the computer to spend some time together.
4)      Who is your favorite character in your books? That’s a tough one...I really like Whitney. She’s the main character in my new book. She’s a strong woman dealing with some tough stuff, and still trying to figure out who she really is inside.
I also really like Becca from Drawing Free because she had the courage to take a life she wasn’t happy with and do something about it. (Even if her approach wasn’t great.)
5)      What do you do when writer’s block shows up, settles in, and makes itself comfortable? I’m not really a believer in writer’s block. Writing is my job. Every day I sit down to do it and meet my word count. Period. That being said, there are days when the words don’t flow as easily. On those days I find taking a run or even a shower helps a lot. I’ve even been known to clean my house (GASP! I know!) to distract myself and get my characters talking. But I have to be pretty stuck to do that.
6)      Do you find yourself pulling details from “real life” or does your imagination rule the roost? There’s a bit of truth in all of my books. Sometimes it’s a line of dialogue, sometimes it’s the entire story idea that was sparked from reality, sometimes it’s a name and sometimes (as is the case with my current WIP) events are based very much on things that have happened to me.
7)      What was the first manuscript you wrote (even if it never saw the light of day)? It was actually a Nanowrimo novel. The first nano I ever did, also resulted in my first novel. It was terrible and I actually should have buried it. But despite the fact that it’s terrible, I still love it because it sparked my love for writing fiction after over ten years. One day I may re-write it and see what happens.
8)      Have you ever pursued traditional publishing? Or did you go straight for indie publishing? I did pursue the traditional world at first because that’s all I knew. And despite some close calls, nothing ever came from it. The idea of my books never being read wasn’t an option for me, so I thought I’d try out Indie. I LOVE it!
9)      What Works In Progress are brewing?  Any target dates for publication? I’m really excited about my new book. I’m hoping it will be out this spring. It’s still untitled and this is a very rough and dirty synopsis, but here it is...
Raised by her grandmother, Whitney’s not ashamed of the way her mom can work a brass pole, not really. But some things are better left unsaid, especially since her uptight sort-of-boyfriend and the prestigious private school where she teaches would definitely not approve of her family history. So far, she’s done a good job keeping both worlds separate, and the only time she can really be herself is when she’s alone pouring her feelings out into a journal. But when Grams gets sick and insists that Reid, the handsome singer-songwriter move in with Whitney, he becomes the first man to ever see who she really is. But before Whitney can accept a relationship with Reid, she first must learn to accept herself.
10)   How can fans reach you?  Website – Facebook – Twitter – LinkedIn – Email – Amazon Author Page I LOVE to chat with readers. Heck, I just love to chat. Please come join the conversation at my facebook page: www.facebook.com/elenaaitken.author or on Twitter @elenaaitken
My web address is www.elenaaitken.com
My email is: elenaaitken@gmail.com
Amazon Author Page: http://www.amazon.com/Elena-Aitken/e/B005F9HPYU

Who Are These Guys, Anyway?

For some people, when you say Strunk and White, their eyes light up and you can see them engage.  Others wait with a blank stare, listening politely and expecting to hear about some new celebrity or maybe a singing duo.  I am, for better or worse, one of the first.

Strunk and White are responsible for The Elements of Style, one of the most concise and well-known books on the English language.  It wasn't until after college that I realized the "White" was actually E.B. White, of Stuart Little and Charlotte's Web fame.

Recently, I was introduced to this little video.  I'm not sure Strunk OR White would approve, but it certainly is fun to watch.  Enjoy!

Abracadabra, You are Now A Driveway!


It happens all the time.  I don't think it is supposed to, but it does.  Someone keeps turning into a driveway. 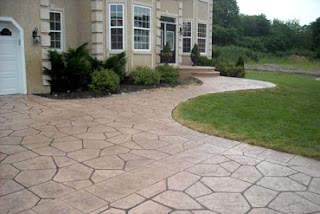 I'd hate to be a driveway...people drive over you, doggies occasionally do their business on you, and when it snows, you have to be shoveled.

Yes folks, it is time to talk about the difference between "into" and "in to."

One of the many definitions of into (and who thought there could be so many definitions?)  is an expression of a change of state ("turn water into wine").  So when you have a character "turn into a driveway" you have truly and magically changed their state of being.  What you really want your character to do (I hope!) is turn in to the driveway, or turn down the road, or enter the parking lot.

So, please be careful with your characters - quit turning them into driveways, highways, bars, houses...